Memory Needs a Landscape, for Bernadette Kiely, has never been just an aesthetic category, a subject. It is something to which one is intimately bound. Over the years, her art has come from the specifics of location and time, from her intense observations of the places that were and are her immediate surroundings throughout her life – in the recent past and extending back to her childhood. These settings include the River Nore as it flows through Thomastown and the surrounding countryside, and the agrarian patchwork from there via the back-roads through South Kilkenny to Carrick-on-Suir in Co Tipperary. The North Mayo coast and parts of Co. Donegal have also been important.

The landscape has never been a static backdrop. She has been especially responsive to seasonal changes – in light, weather and vegetation – linked to patterns of farming and other human interactions with the land. To changes, that is, in other, closely observed ways, from daily walks in familiar places to terms of occupancy that come to a close as our human life-spans are absorbed into the evolving fabric of the world around us.

Increasingly, she has come to think of what might be termed the phenomenological landscape as something contiguous with, though distinct from, the objective physical world. No less real than that world, but based and dependent on, and not insignificantly formed by, our myriad individual experiences. Writing on her work for ‘A Second World – any given day’ at Solstice Arts Centre, Navan, Co. Meath, (Nov 03, 2016 – Jan 07, 2017) Sabina Mac Mahon noted that Kiely was setting out: “To communicate with another world, one that is simultaneously very similar to but different from our own.”

That is, landscape filtered through experience, memory and history. And loss. Part of Kiely’s concern was and is to address the lost worlds of the lives of her parents’ and those of their immediate families. Our individual experiences fade as we fade. Memory is a kind of trace, a key that enables us to make sense of landmarks and sites, but it is a shifting, transient, tenuous and unreliable one. In her recent work, she visualises a parallel, ghost world, bound up with and implicated in the everyday one. It is not strictly visible, but it is there in the flickering traffic of our recollections and associations, something that holds true for all of us in one way or another.

In the process, the landscape as Kiely deals with it has become more distanced and removed from the assumed familiarity of any general observer, yet also more enveloping, more likely to draw us into solving its recesses. She has long been fascinated by the uncertainties generated by floods and mists: the Nore periodically spreads over its flood plain, remaking the landscape. Equally, mists bloom over the land, enveloping the habitual physical fabric. Physically immersive, flood and fog demand attention and care because they disorientate and render invisible what we are used to seeing.

We can read her work metaphorically – what is unstated and hidden in the landscape, what fades as memory fades, as an articulation of the artist’s deep desire to picture what cannot be pictured, what lies behind the visible world. There are always clues: in a view of a flooded playground, or a church surrounded by floodwater, of what once was a harbour. The bottom line is that there is always more than can immediately be seen.

To paint a landscape is to make a landscape. Anita Brookner once wrote about the creamy perfection of Corot’s beautifully pitched paintings of the Roman Campagna. People saw his poised arrangements of colour and tone, the mellowness and serenity of each scene, everything working in harmony like a precision machine, and went in search of the source in nature. Of course, she points out, they did not find it. Nature did not look quite so coherent and harmonious. In painting the Campagna, Corot was not just selective, he remade it, made a landscape, and a space, that he and we might mentally inhabit and imaginatively possess.

He was, though, also truthful to his experience of the Campagna. He did not misrepresent it. Even in seeing we put an order on what we see, we place our own pictorial narrative on what is an unruly mass of information. Kiely’s painting’s, equally, remake the landscapes they encompass and allow us space to explore and inhabit them. 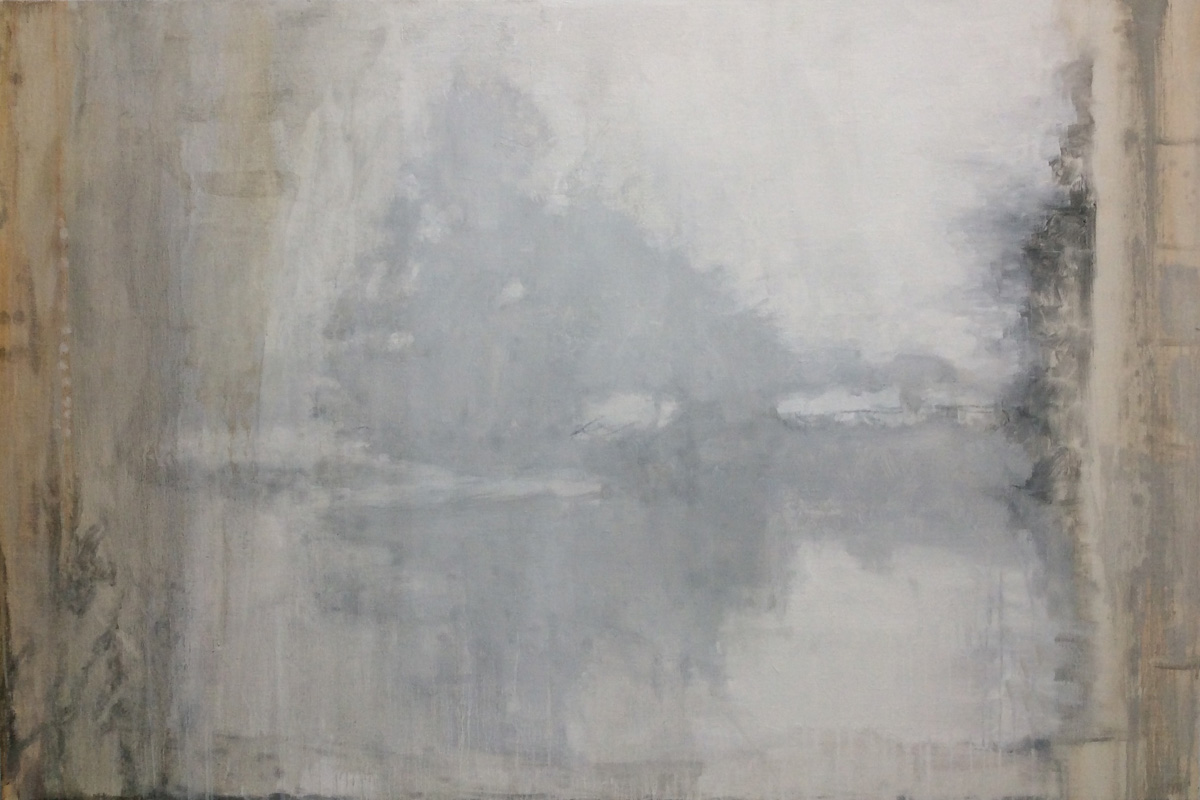 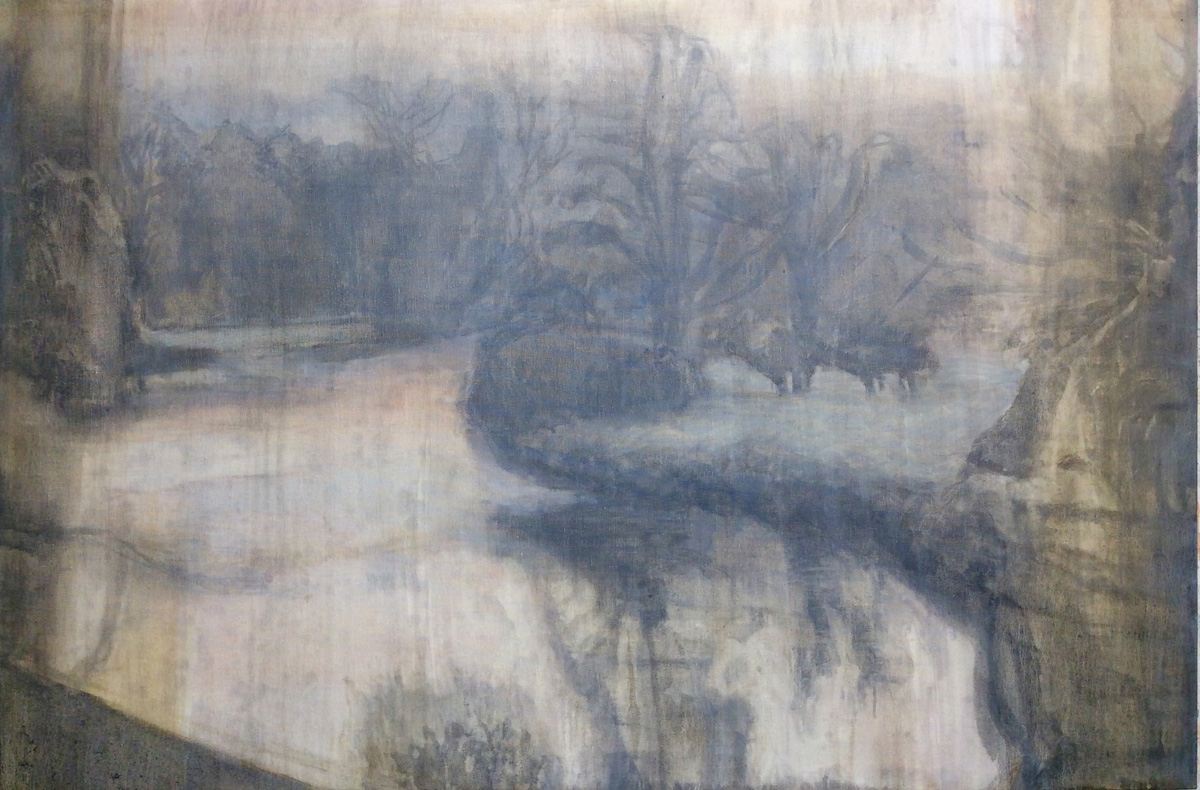 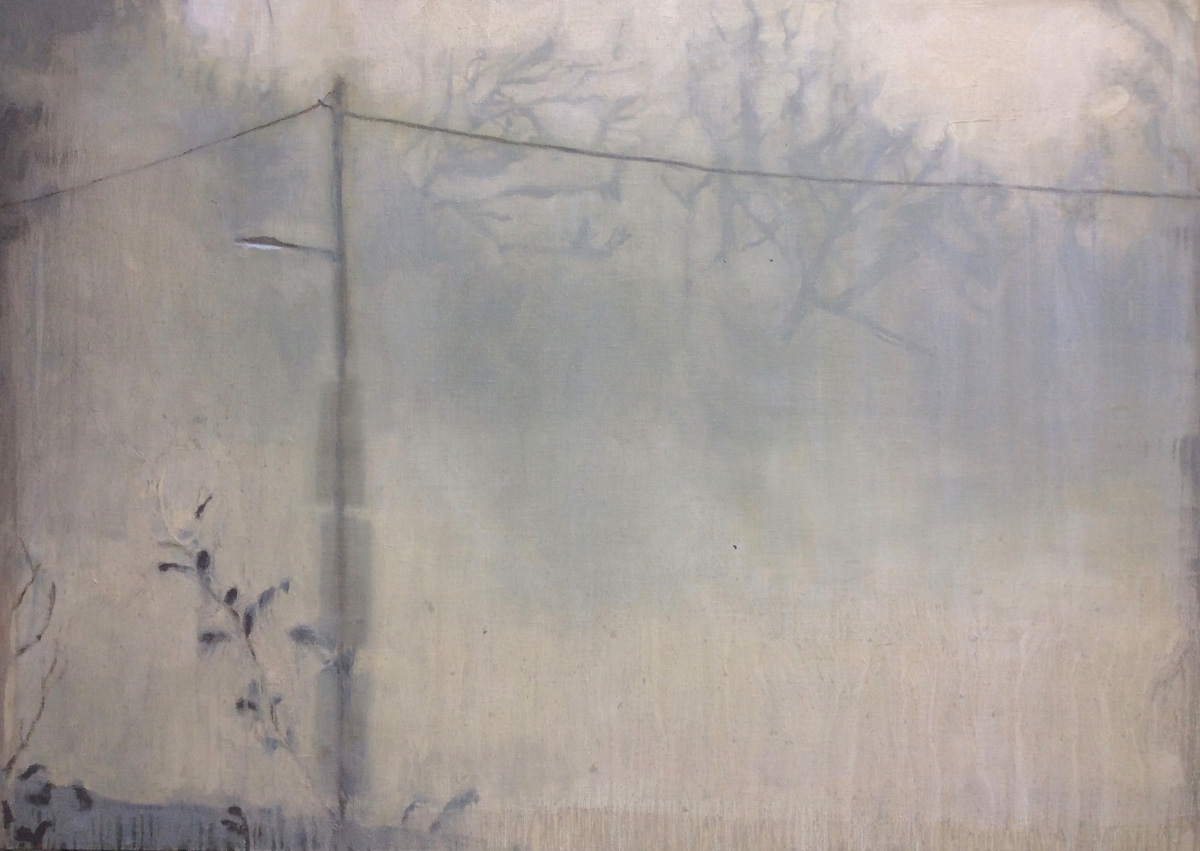 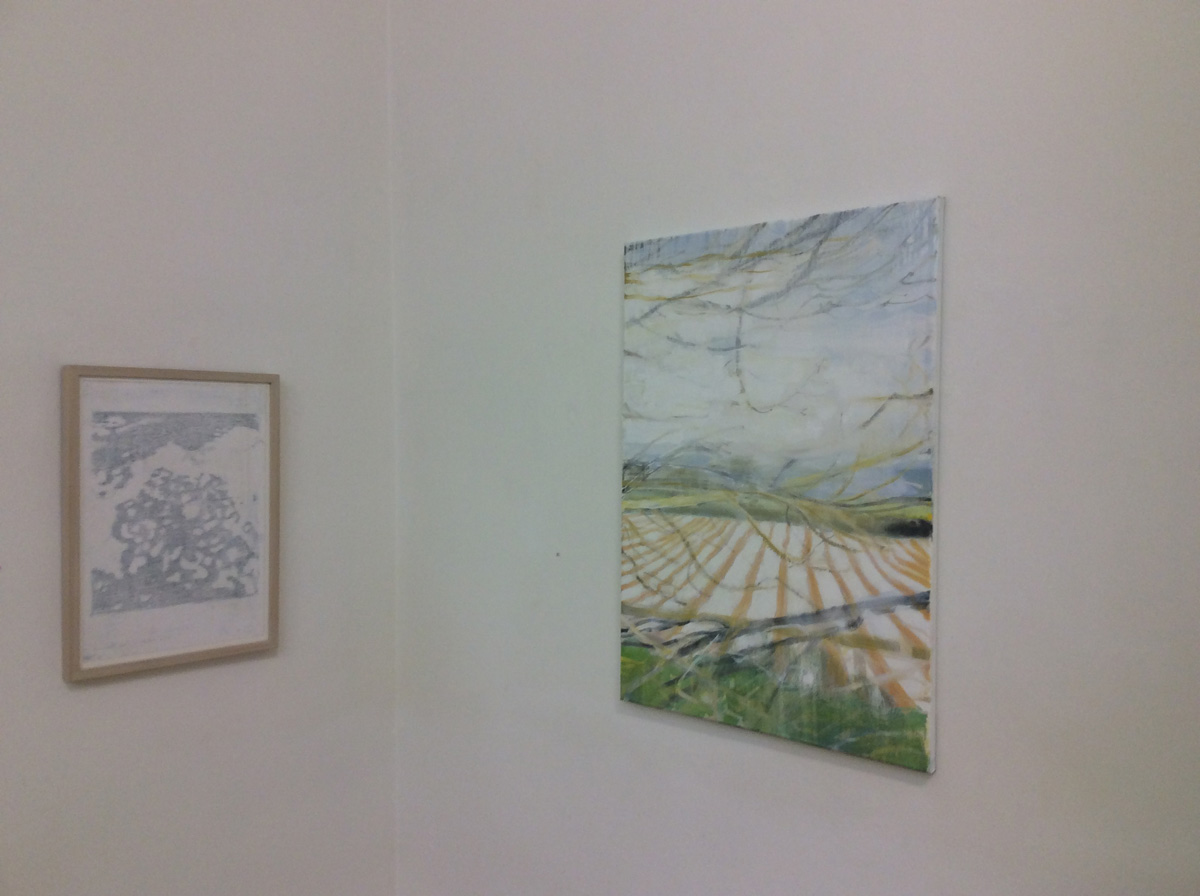